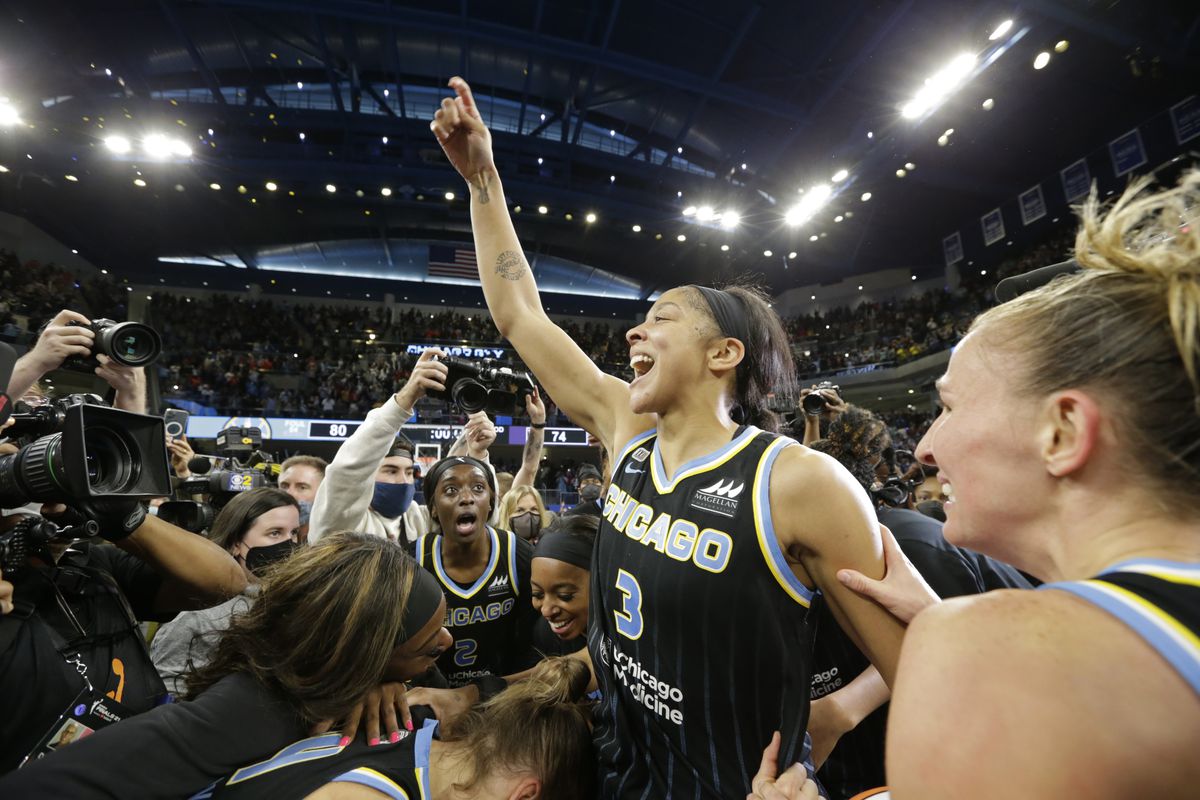 Here are the 12 best play designs from the WNBA Finals between the Chicago Sky and Phoenix Mercury. Click a diagram to add to your FastDraw library!

It was an exciting 2021 WNBA Playoffs that ended with an exceptional WNBA Finals. The Chicago Sky captured the franchise’s first ever championship, as a sixth seed nonetheless. The Sky sealed the title with a 80-74 win over the Phoenix Mercury in Game 4 of the best of 5 series.

The story was made even sweeter with star Candace Parker delivering a trophy in the first season with her hometown team. The Naperville, IL native recorded a double-double with 16 points and 13 rebounds, not to mention five assists.

“It was amazing to just hug my dad and my mom and my family,” Parker said. “It was just an amazing feeling to be from here and see so many people in the stands that have been supporting you since you started.”

Both the Sky and Mercury put on a fantastic display of XsOs, of which we have the six best sets from each team below. Click the buttons for more plays, and click on a diagram to download to FastDraw.