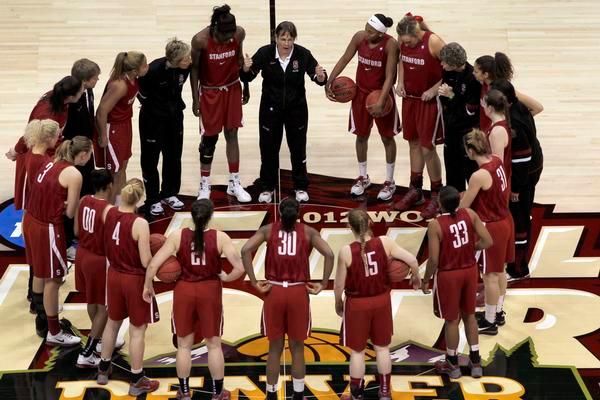 A short and sweet rundown of the women’s college basketball preseason Top 10 with go-to sets from each team. #ncaaWXsOs

Dubbed “The March to Minneapolis,” the 2021-22 women’s college basketball season looks to be a thrilling race from tip off this Tuesday all the way until the Final Four.

Taking a peek at the preseason top 10 rankings (AP poll), there’s a fun mix of the usual suspects with a few up-and-comers sprinkled in (looking at you, Iowa Hawkeyes). New players, coaches, transfers, freshmen – the beginning of every season brings excitement, and expectations. Will we see a rising program claim its first ever national championship, or will one of the established elites have to make room in its trophy case? Only time will tell on the March to Minneapolis!

Here’s our short and sweet preview of the top 10 teams with, of course, a go-to set from each program. Click on a diagram to view details and download it to your FastDraw library.

With 14 first place votes, the Gamecocks will have a target on their backs to start the season as the top team in the country. Head Coach Dawn Staley has been at the helm for 13 seasons and deservedly received a new contract keeping her in Columbia through the 2027-28 season, at least. South Carolina has been one of the most consistent programs in the women’s game during that span. This season Aliyah Boston is a NPOY candidate who Staley will look to get going with plays like this.

The 10 first-place votes can be attributed to the fact that the Huskies return the entire roster from last season. Plus, UConn recruits as well as (or better) than any women’s college basketball program in the country. There is a lot of early hype around the versatility and positionless-ness of this team, which plays right into the way head coach Geno Auriemma likes to play offensively. No doubt UConn will be a tough matchup for any opponent it faces this season.

Coming off a 26-3 season, the Terps experienced highs such as winning the Big Ten tournament but also lows like a last second loss to Texas in the NCAA Tournament Sweet 16. If exhibition games count for anything, it appears like Maryland is ready to light up the scoreboard this season. The Terrapins have put up point totals of 125 and 120 in the preseason!

The Wolfpack earned a #1 seed in the 2021 NCAA Tournament but fell in the Sweet 16 to Indiana. Head Coach Wes Moore has a strong mix of returners plus transfers on the roster, leading several in the media to predict the school’s first Final Four appearance since 1998. NC State will have a chance right away to show the country how good it is, opening the season vs #1 South Carolina (Tuesday, 5pm ET on ESPN).

If you’ve followed women’s college basketball the last couple decades, you might be surprised at seeing the Bears this low in the preseason rankings. But there’s a reason for it – Baylor will have a head coach other than Kim Mulkey running the program this season. That’s a big change after 21 years of continuity, but you can expect last season’s national championship runner up to be in the hunt again come March.

A 26-4 record last season took the Cardinals all the way to the Elite 8, bowing out to eventual champion Stanford. No shame in that. But expectations are again high for head coach Jeff Walz’s team which has won four consecutive ACC regular season titles. The Cards will be dreaming of more (and new) silverware this campaign.

The highest ranked Big Ten team, IU loves to go inside for easy buckets. Head Coach Teri Moren guided the Hoosiers to their sixth 20-win season in seven years in charge of the program. Expectations in Bloomington are high for 2021-22.

Lisa Bluder had the Black & Gold near the top of the scoring charts last season, averaging 86.6 PPG. The Hawkeyes are known for playing a high-tempo offense that is a balance between outside shooting and inside scoring. Keep an eye on All-American sophomore Caitlin Clark, who’s coming off an MVP performance at the FIBA U19 World Cup.

A 15-9 season ended in a Sweet 16 loss, but the Ducks will be looking to rebound this year. Oregon had four players named to the preseason all-Pac 12 team. Head Coach Kelly Graves had said himself that the current group is extremely close despite adding seven new players to the roster.

Let us know on Twitter which teams you think were snubbed from the AP Poll list, along with your favorite programs to follow from an XsOs standpoint!

For more plays a drills by TeamFastModel contributors in this post, visit their Playbank pages: