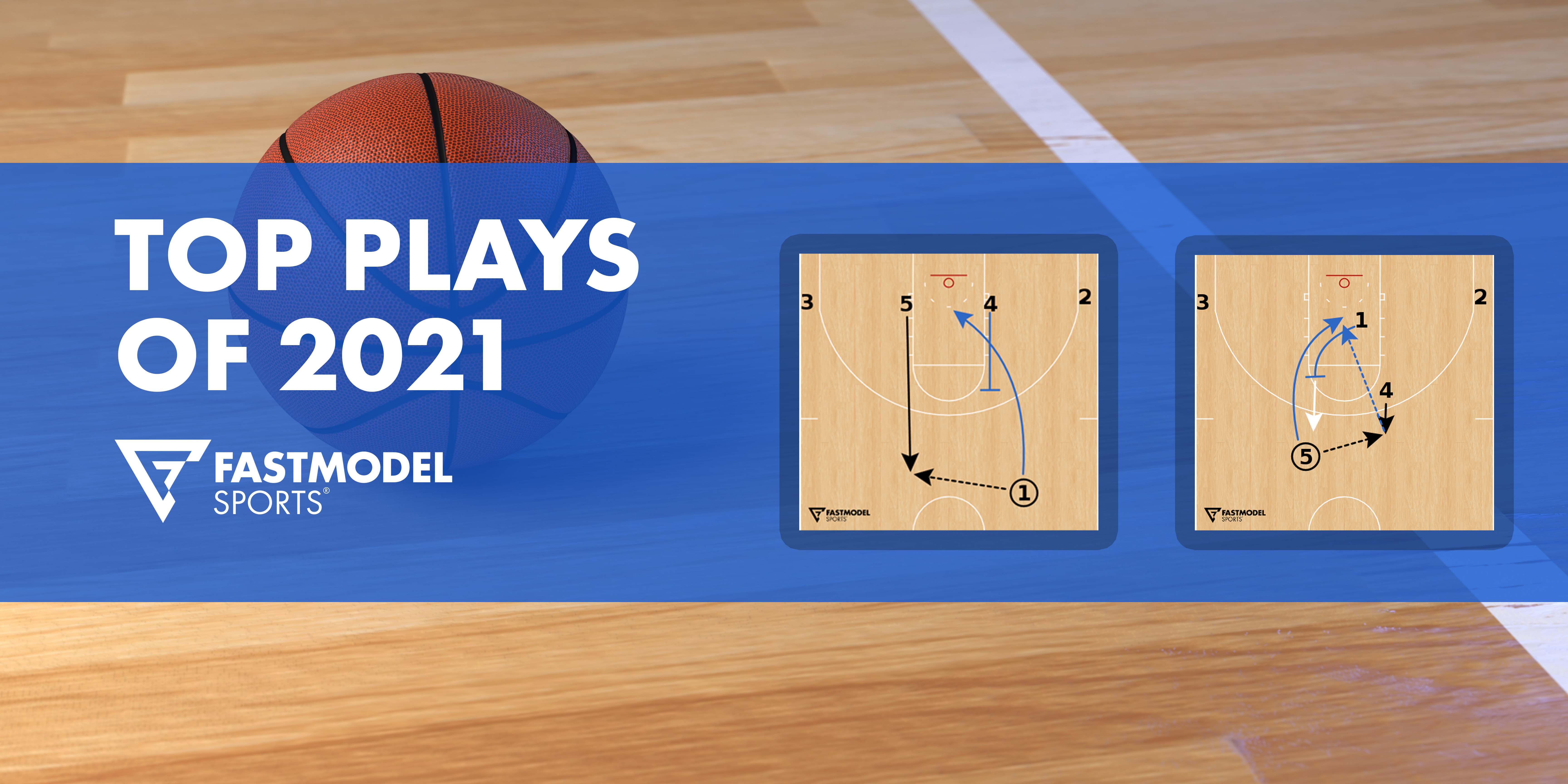 The internet’s best basketball XsOs resource had a banner year. Check out the Top 21 Plays of 2021 & data on how coaches used the Playbank.

Let’s start with a round of applause for our entire FastModel Family coaching community on another awesome year of growth and development. Thank you for giving us the opportunity to fuel your passion and profession. Serving coaches is what drives our company forward every single day.

If you’re familiar with FMS, then you know about the power of the Playbank. Not to brag, but we consider it the best basketball #XsOs resource on the internet. It hosts thousands of plays and drills, with all the actions and situations you could want from every level of the game all over the world. We also owe a massive thank you to our Team FastModel contributors, who make the Playbank what it is by submitting the best XsOs they see throughout the season and off-season.

We’re just as into analytics with our own content sites as we are with the game of basketball. The Playbank is honing in on crossing the 10,000 total diagrams mark, so keep an eye out for a celebration when that happens in early 2022. For now, enjoy this wrap up of the site’s successful year with some stats and of course, the Top 21 Plays of 2021. Cheers!

We are pleased to report that the Playbank amassed over 6.2 MILLION page views in 2021.

Coaches were all over the site in October, making it the most visited month with exactly 673,195 total views. November was the second most popular month, tallying 656,691 total views.

If our calculations are correct (and they always are), coaches downloaded a grand total of 51,364 diagrams to their FastDraw libraries in 2021. Coaches sent 6,596 different diagrams to their accounts over the year, which is amazing considering the full site contains around 9,700 diagrams at the time of writing. It’s great to see over two thirds of the site’s content being utilized!

The year started and ended on fire. November earned the most downloads of any month with 6,142 followed by January with 6,092. March came in third with 5,944.

(based on total # of downloads from the Playbank)

[Click on a diagram for more details and to download it to your FastDraw library. Also, check out this list of the Top Plays of 2020 to compare!]