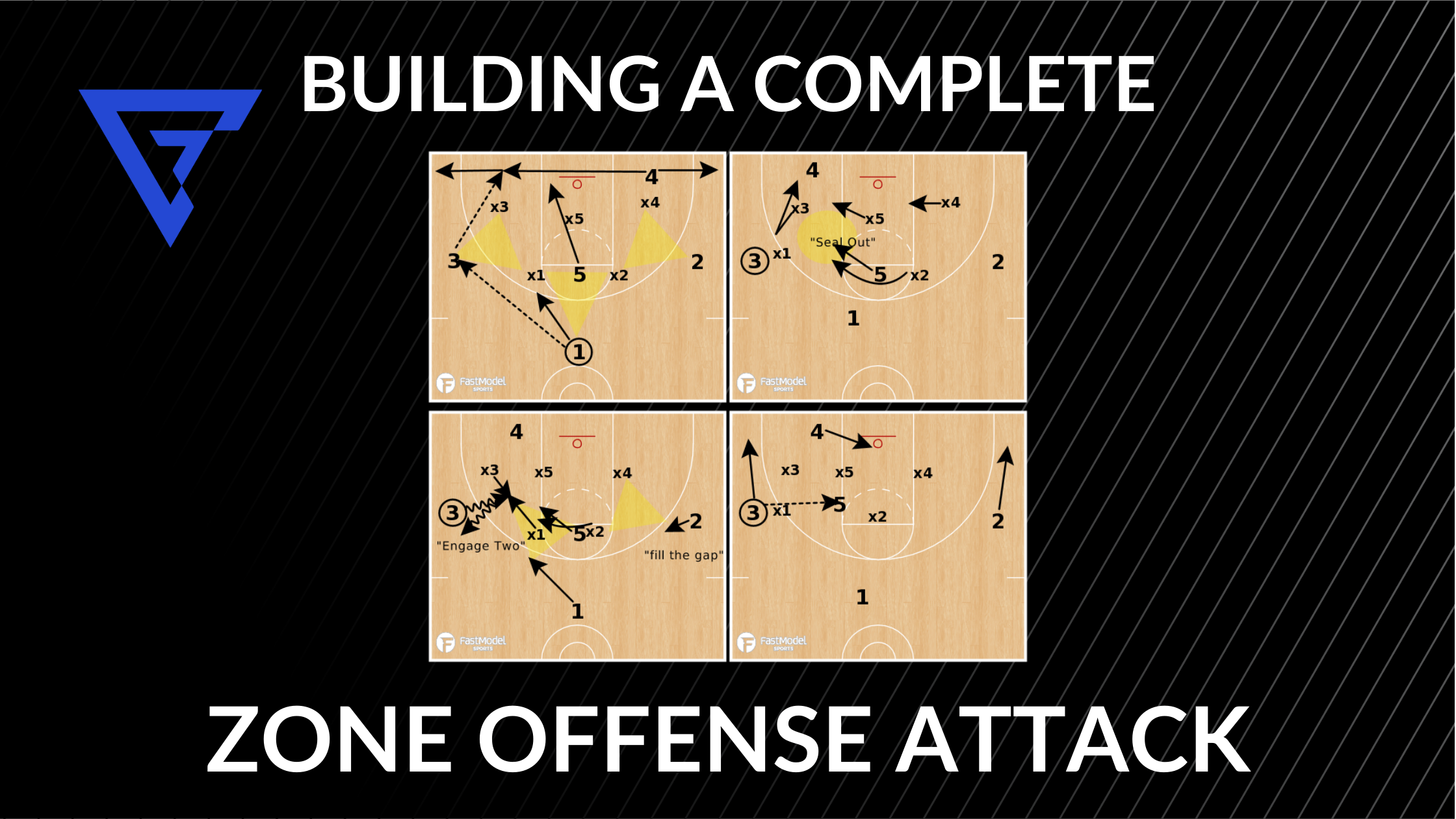 When cruising the web for basketball content, it feels like 90% of the stuff I see are concepts for offense. Only a small percent is related to defense. Then out of all that offensive content, it seems the vast majority is on man-to-man concepts. Now, I’m not going to be the person to champion defensive concepts on the internet. But I will lay out a plan for having a complete zone offense attack for nearly every situation. Let’s dive in.

Whatever level you coach, FastModel has a solution for you. Check out our options for Youth, International, College and Professional programs. New users get 10% off a 1-year subscription of FastDraw and FastScout with the code SAVE10.

You need to have a “base zone offense.” This is the term I use to define the concept that you’ve chosen to be your default zone offense. When your team sees a zone, we all know we are in “Gaps,” or “Titan,” or “Cowboy” – whatever you call your base zone offense. Your team shouldn’t be waiting for you to call something when the opponent flips to a zone. It should already know.

A base zone offense concept should have flexibility and adaptability to play against most quarter court zone defenses, whether it be an even front like a 2-3,  or an odd front like a 3-2 or 1-3-1. It may not be a perfect scheme, but you can trust the scheme to create an offensive approach your team is comfortable with. This “Zone Motion” can be a staple for your program, and can be a good start to having organization and strategy to attack zones.

If you don’t like having that much movement, you can opt for something more stationary. There are pros and cons to players being more stationary in zone offense. Yet, there’s a reason why many coaches choose less movement against zones than in their man-to-man attack. Something like “Gaps” or “Triangle” accomplish the same function as a base zone offense, but provide less movement.

I prefer having around five zone sets per season, and they may change from year to year depending on personnel. I wouldn’t just pick five random sets, but I’d think about how we wanted to attack the zones categorically. We’d have a lob set, a screen in or flair set, a baseline overload set and a ball screen set. Then for the last set, we would pick something that complimented our personnel. So if you have high flyers, it may be a second lob set. If you have solid post players, it may be a duck in set. If you have more shooters, it might be another flair set. You get the idea.

For a screen in or flair set, I like “Ohio”:

There are a zillion zone sets out there, so go find the ones you like. You may also want a zone BLOB if your BLOB package doesn’t include a concept or two that functions well against zone.

Check out Coach Hackenberg’s Playbank page for all of his submitted plays and drills!