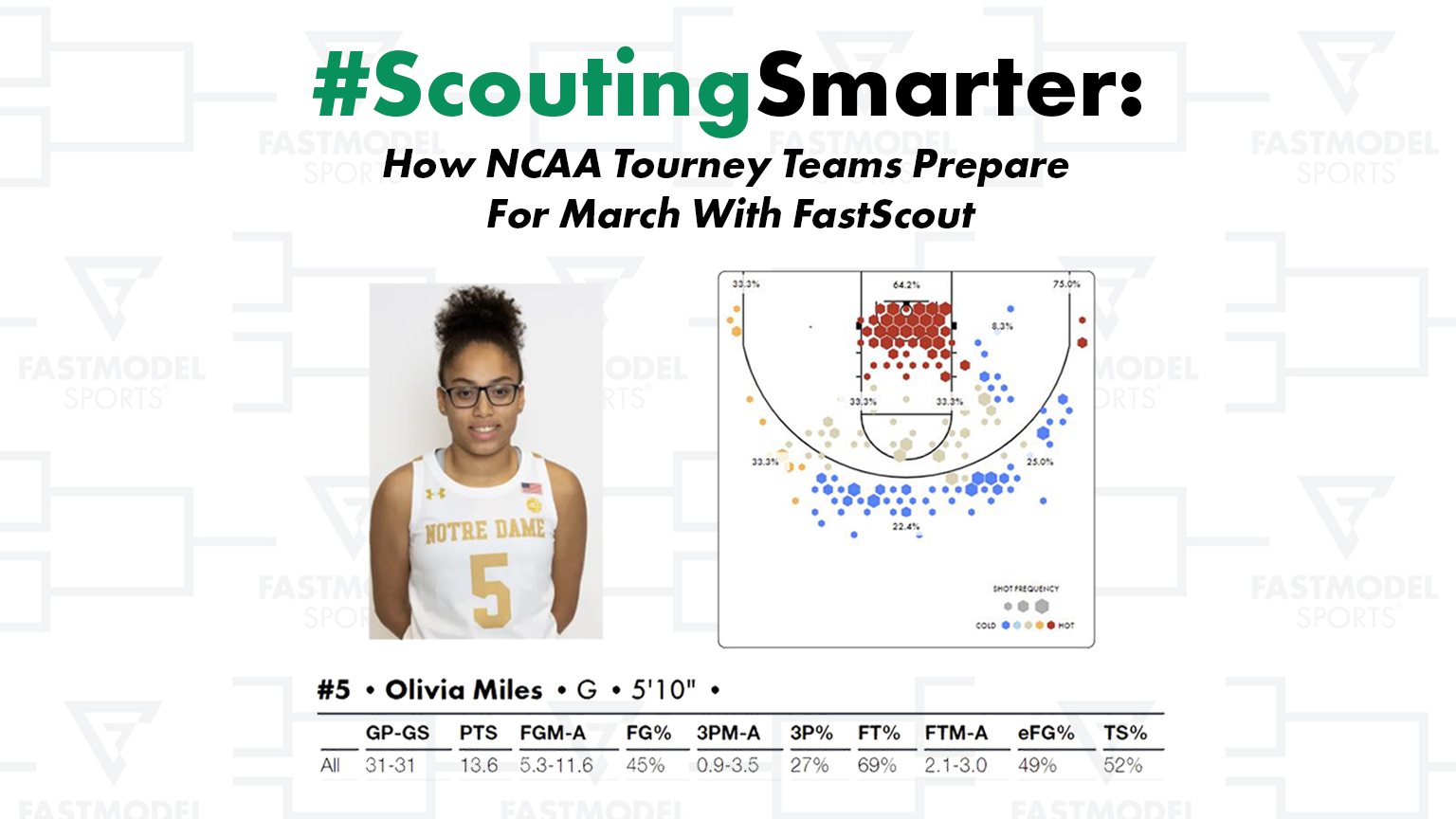 Getting to the NCAA Tournament requires a tremendous amount of disciplined preparation. Throughout the season every basket counts and every defensive stop matters in getting to this point; the ultimate goal of competing for a national championship.

Of course, the game prep only goes up a level once actually in the tournament, because now, any team can be beaten by any other. There are several factors that make tournament scouting a whole different beast from the regular season. Most likely, teams are playing new opponents from outside their own conference in which they must become familiar with quickly. Speaking of that, the turnaround time is a huge factor in preparation as coaches may find out their opponent in as little as 48 hours before a game is to be played.

All this to say–having the right tools to put together a scouting report quickly and efficiently is crucial. Luckily for coaches, FastScout exists! So, now that we understand the pressure of post season scouting, how does FastScout help in that department? Glad you asked.

Our software makes it easy to create a new scout in seconds, and if you already have a template set up, even better. The ability to work with staff through a connected license and then send game plans to players via mobile sharing makes it a dynamic product, helping your team prep no matter when and where.

ICYMI, we announced that 99/148 total women’s and men’s NCAA Tournament teams are part of the FastModel Family as we power their game prep. See how coaches from any level can leverage FastScout for more wins. Because as we all know, #ChampionsUseFastModel.

Get a high level breakdown of where opponent players like to score from. Your players will know exactly where their sweet spot is, and not to let them get there by forcing to areas where they are not as effective. We’ve heard directly from coaches that players remember seeing images like these better than they remember a shooting percentage. As always, it’s not what the coaching staff knows, it’s what players are able to comprehend and then execute on the court. That’s #ScoutingSmarter.

Note: Shot charts are currently only available to NBA and NCAA customers.

Ensure no detail goes unnoticed with FastScout Personnel tiles. Customize them to include the most important stats that matter for your program. Add text to include notes like strengths, weaknesses, tendencies, go-to moves and more. That’s #ScoutingSmarter.

We could highlight everything FastScout does, but then this post would be crazy long! Offensive/Defensive Keys, Box Scores, Top Stats Charts, Custom Tables and more–utilize them all to build a scouting report that emphasizes what is important to your program.

All this comes before we even mention the the ability to connect FastDraw in order to attach individual plays or entire playbooks to your scouting reports. Finally, the real deal is our integration with Synergy and VidSwap which allows coaches to attach videos to plays and playbooks. We could tell you more, but you have to experience this power for yourself.

Next Season Starts Now With #ScoutingSmarter

Join the FastModel Family by grabbing a 15% discount with code MARCH15 at fastmodelsports.com. Grab a FastDraw + FastScout bundle for the most powerful game prep package. You won’t regret the time and energy you save, nor the investment in your program, players and yourself. We promise.

X and O your way through #FastModelMadness22 with these printable pages!