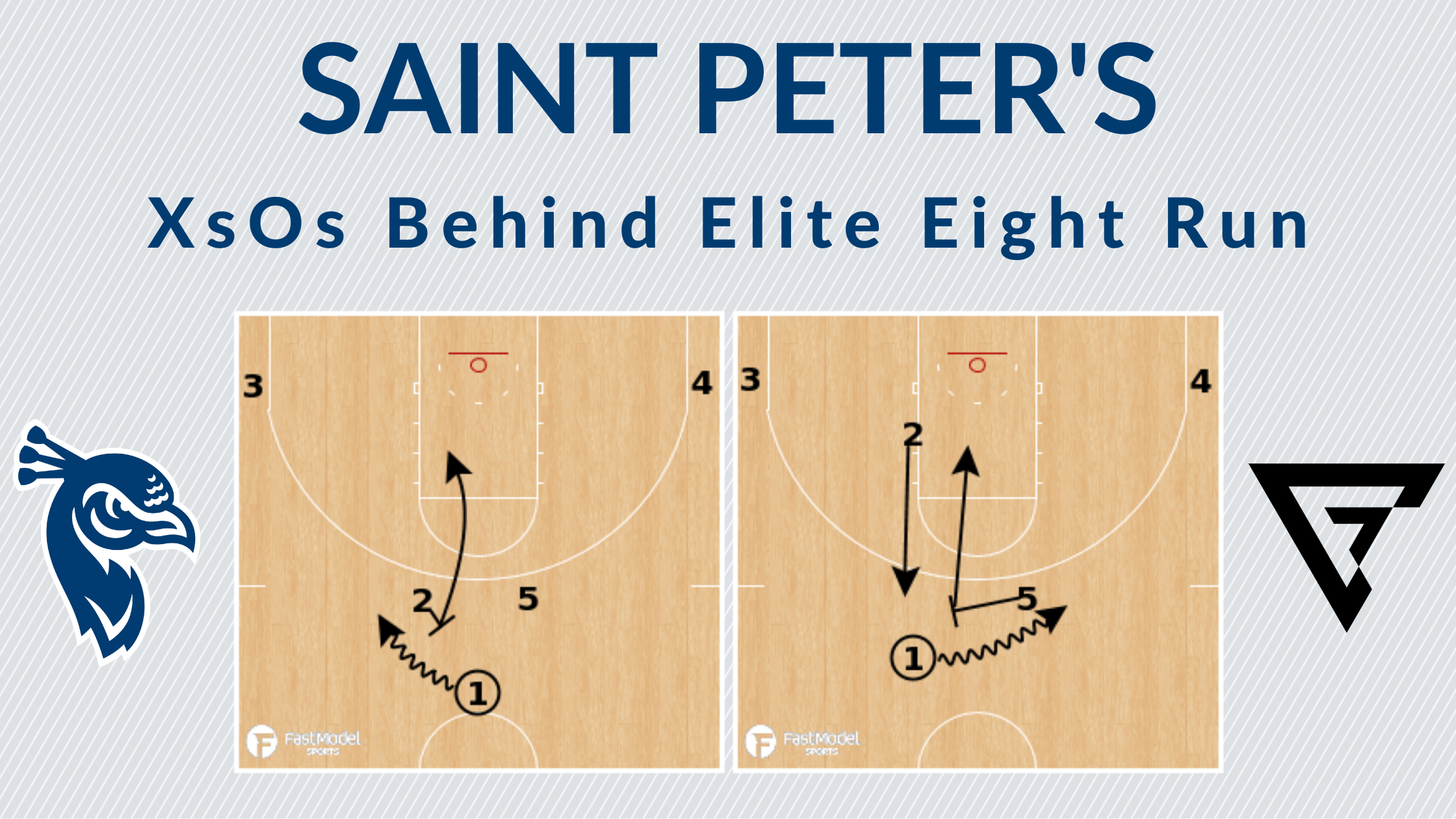 The Peacocks of Saint Peter’s made it further than any 15-seed ever in the men’s NCAA tournament. Here are some XsOs behind the magical run in 10 play diagrams.

It happens every March. One team becomes an NCAA Tournament darling, a fan favorite, an underdog story worthy of a movie script.

Usually, the team making this Cinderella run does so because it plays in a certain style that’s difficult for opponents to prepare for on quick turnarounds. Such was the case for Maryland-Baltimore County when it became the first ever 16-seed to upset a 1-seed in 2018, winning by 20 points. Just last year, Oral Roberts made a Sweet Sweet run as a 15-seed.

No 15-seed had ever made it to the Elite Eight…until this season. The Saint Peter’s Peacocks took the men’s tourney by storm by beating Kentucky, Murray State and Purdue with a philosophy built on toughness and togetherness. Eventually, the Peacocks ran out of gas falling to North Carolina. But the small school from Jersey City, NJ of the Metro Atlantic Athletic Conference will forever be remembered throughout tournament history as maybe the best Cinderella of them all.

Let’s take a look at some of the XsOs behind the Peacocks’ legendary tourney run under head coach Shaheen Holloway. Here are 10 sets including two baseline out of bounds actions submitted by TeamFastModel contributors. Click on a diagram to download it to your FastDraw library.

Maybe someday a 15-seed will reach the Final Four. This March, Saint Peter’s shocked us all and we loved every second of it. Hopefully you can take some of these sets to your program this off-season to help build your title run starting in the fall. Who will be 2023’s NCAA Tournament darling? We’ll just have to wait and see!

Check out another Elite Eight team breakdown, by Radius Athletics!