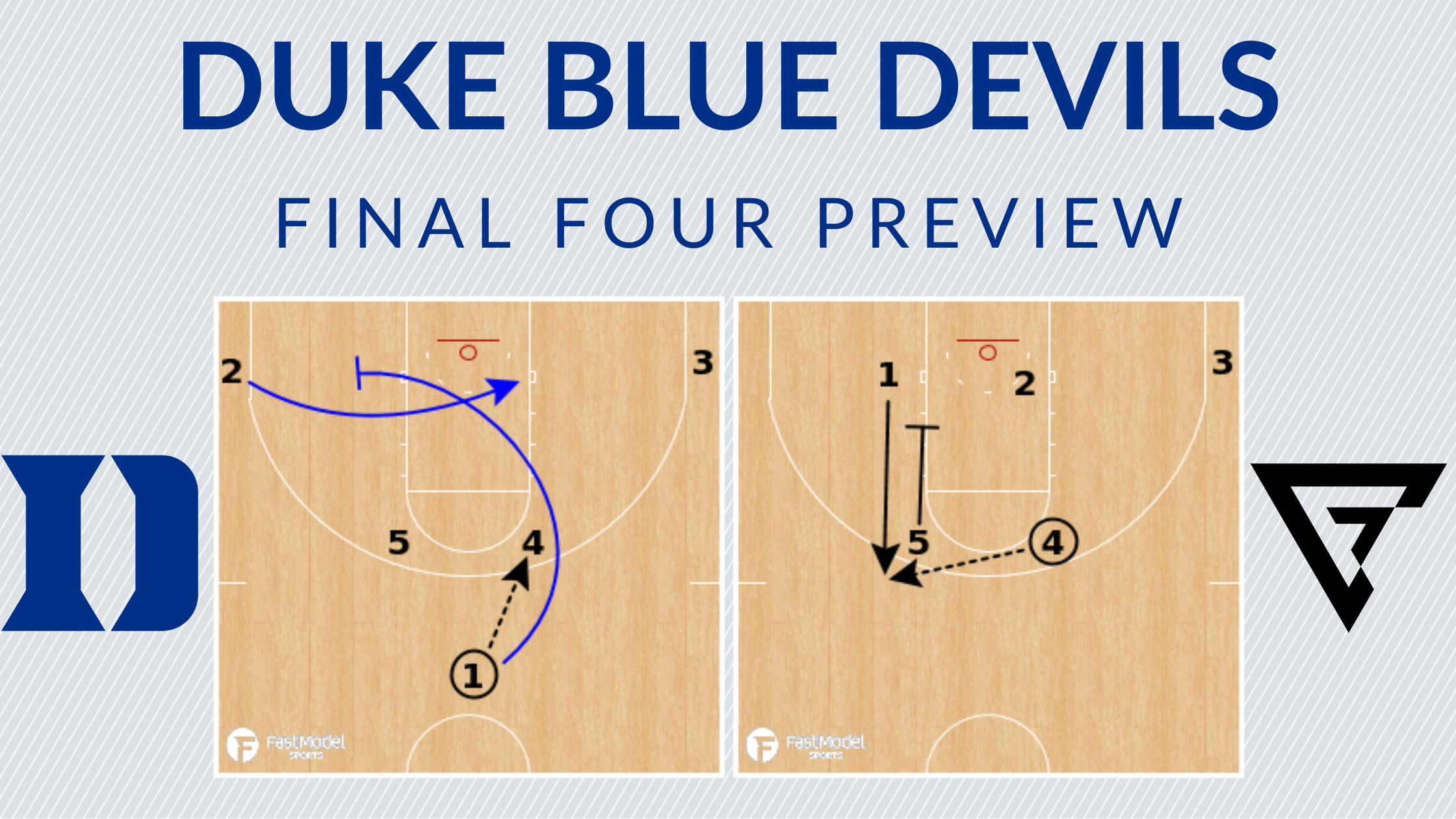 Coach Tony Miller takes a deeper look at common offensive sets from the Duke Blue Devils ahead of the 2022 Final Four.

For years, Duke’s Mike Krzyzewski has used a variety of sets to maximize the skill sets of his stars. This year has been no different. And while much of the 2021-22 season saw the Blue Devils primarily playing out of basic concepts (i.e., ball screens, drive and kicks, etc.) in the half court, Krzyzewski has leaned on his Horns playbook in the first four games on this year’s NCAA Tournament. Let’s go inside the XsOs.

The off season has arrived, meaning there is no better time to utilize FastDraw. Build your play library. Organize your XsOs. Share player development drills with players. Create playbooks for your team and staff.

Probably the most-discussed Duke Horns set this March has been its elevator action for AJ Griffin. What makes this set so effective is that, even though the defense knows it’s coming, there are still scoring options based on how the defense plays things.

In Paolo Banchero, the Blue Devils have a 6’10” guard who can make a play in the pick and roll. And when given space to operate, Banchero has the skill to score it himself or the IQ to make a play for a teammate.

If the defense switches, the opponent’s big is left trying to stay in front of the quicker Banchero. If a stunt or show comes from a help defender, Banchero has shown the ability to find the corner shooter. The skilled passer can also drop it to Williams for a finish at the rim.

Duke also ran plenty of flex action out of its Horns package to continue working the ball into the elbow and post areas.

During their four-game run in the tournament, when the Blue Devils needed a bucket, they’ve actually used something other than a Horns action. With Banchero typically matched up against a smaller defender, Duke has used Wendell Moore as a screener to get Banchero the ball in the mid-post.

In the West regional final, the Arkansas attempted to deny Banchero the ball on the post entry. Instead of forcing the issue, the Blue Devils simply ran a weak side pin down drawing away the help defense. Then they proceeded to throw over the top of the post defender for a look inside for Banchero.

Duke faces a familiar opponent in this Saturday’s semifinal vs North Carolina. It’ll be interesting to see if the Blue Devils go to their favorites, or if they’ll have something new in their game plan for the Tar Heels.

For more plays and drills from Coach Tony Miller, check out his PlayBank page and FastDraw Chalk Talk YouTube series.

GET 15% OFF SOFTWARE
The following two tabs change content below.