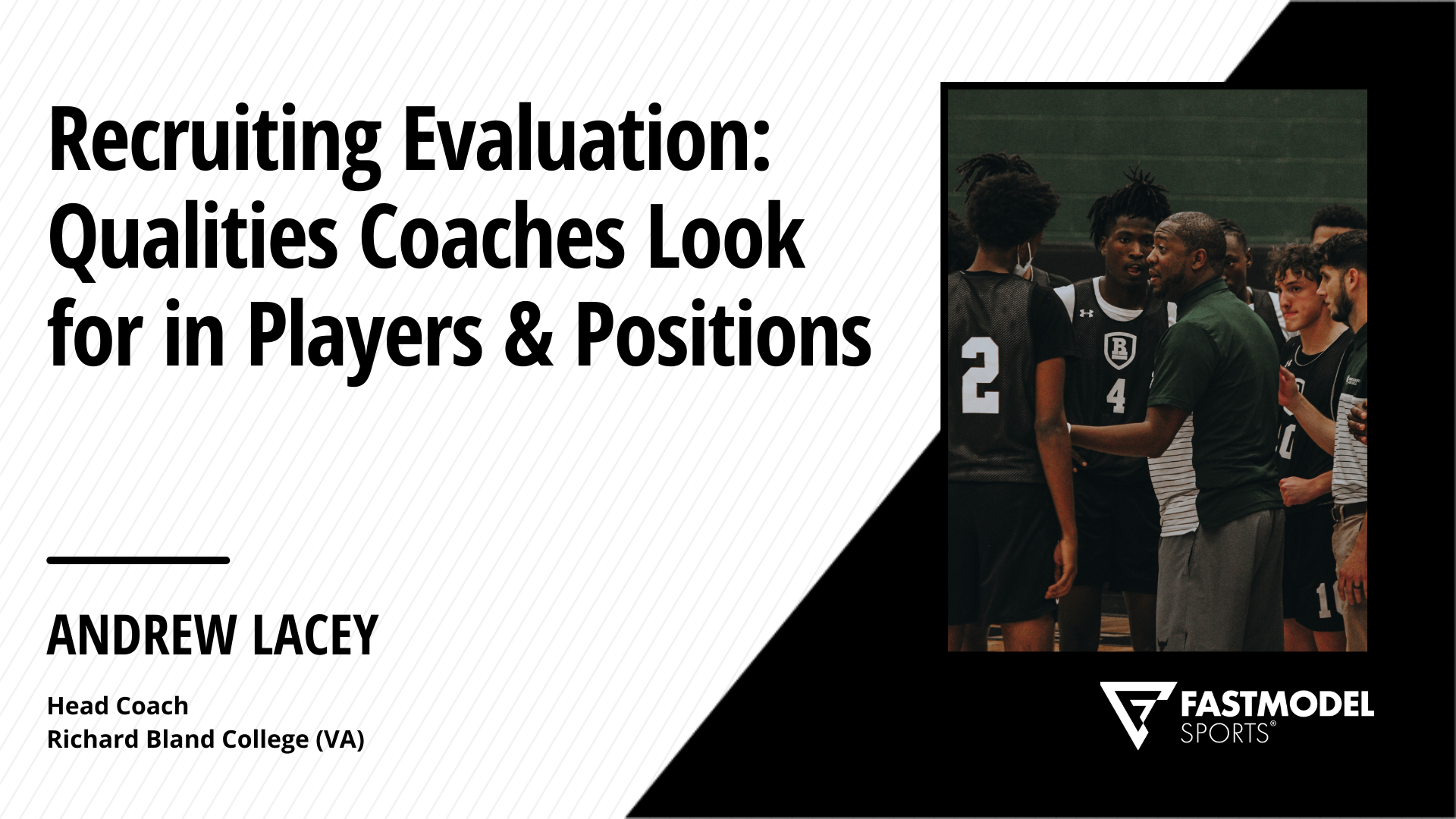 Coach Andrew Lacey of Richard Bland College shares the qualities he looks for in players and various positions during the recruiting evaluation process.

As a college coach, I often get asked by high school and AAU coaches about how my staff and I evaluate potential recruits. As many of these coaches read this blog, I thought I’d share some insight into our recruiting system to help your players that have goals of competing at the college level. Below are some of the things that we look at during a recruiting evaluation, organized by position and that fit the style of play we teach at Richard Bland. Of course, these aspects are not what every coach uses but hopefully it helps to understand what colleges coaches value in prospects.

So there are the top traits and characteristics of my personal recruiting evaluation process in regards to players and specific positions. Again, these are just some of the things to talk to you players about as you provide feedback on their skills that translate to the college level.

Sign up for the Future Head Coaches Seminar hosted by Coach Lacey and presented by FastModel!