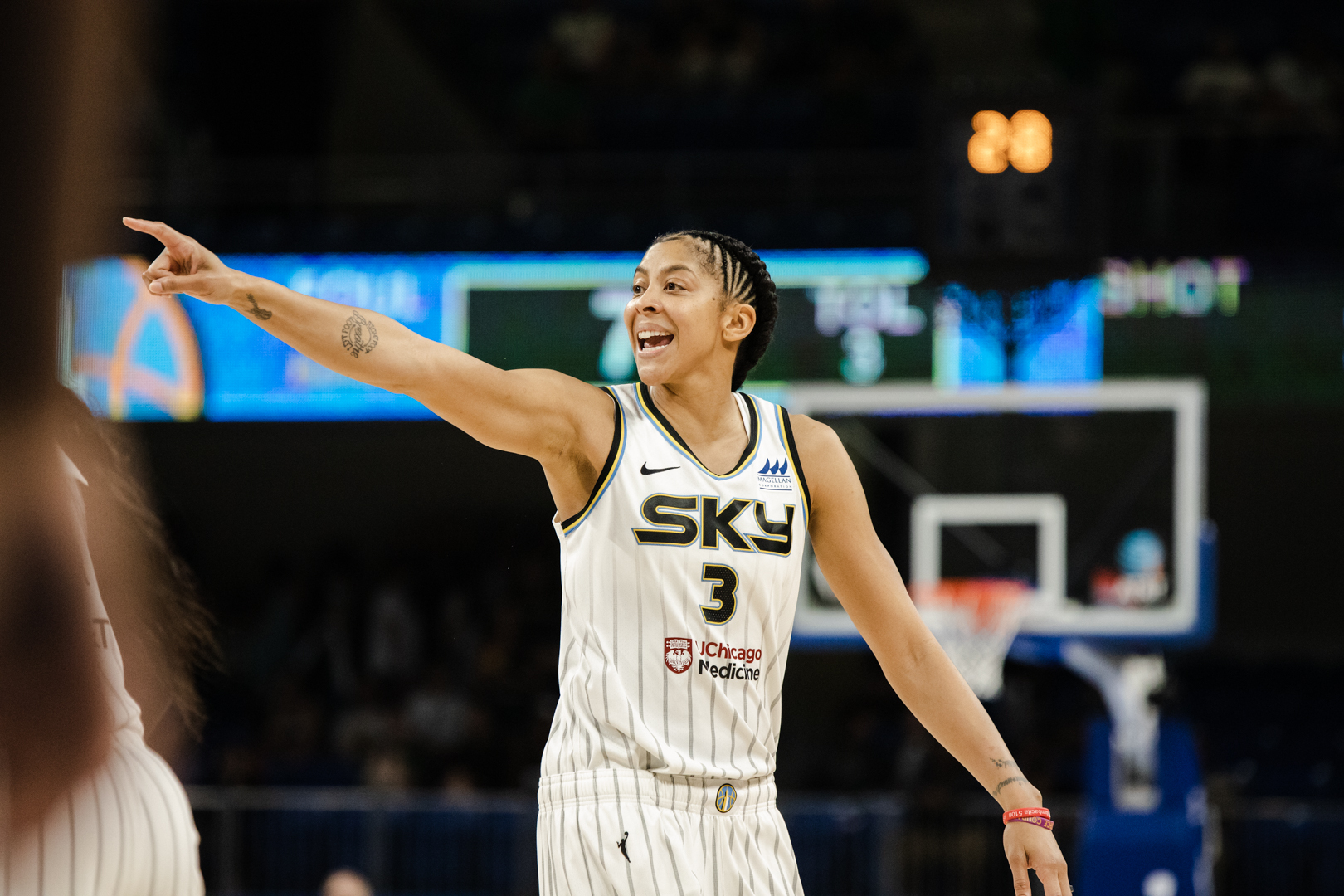 We’re hyped to have FastModel’s home city host the 2022 WNBA All-Star Game! Check out these top plays from the lineup of captains, veterans and young stars.

The 2022 WNBA All-Star Game will tip off this Sunday, July 10 from Wintrust Arena at 1 PM ET live on ABC. It’s the league’s 18th such game as its currently playing its 26th season. Each year the all-star game, and weekend, has gotten bigger and better. This edition is set up to be the best yet.

The weekend festivities begin Saturday with the 3-Point Contest and Skills Challenge at 3 PM ET on ESPN. Of course, we’re most excited for the game itself to watch all these stars show their stuff.

Rather than Eastern vs Western Conference, the teams are named after players with the highest ranking fan votes, setting up a showdown between Team Stewart and Team Wilson. Each squad also features a soon-to-retire legend as its co-captain. The captains built their respective rosters during a live draft last week from a pool of players voted as starters and reserves.

The Seattle Storm’s Breanna Stewart will lead her squad alongside co-captain and Storm teammate Sue Bird (who was traded for Sylvia Fowles on draft day as the teams swapped co-captains). In June Bird announced her retirement from the WNBA at the end of this season, which will be her 21st competing in the league. This will be her 13th and final All-Star Game, so fans will certainly be celebrating her legendary career that includes four league titles and a plethora of individual awards. She’s the only WNBA in history to win titles in three decades, and is the W’s all-time assists leader. Chicago Sky head coach James Wade and his staff will be coaching Team Stewart.

The Las Vegas Aces’ A’ja Wilson heads up her team with co-captain Fowles of the Minnesota Lynx. Fowles is playing her final season as a 2x WNBA Champion, 2x WNBA Finals MVP and 4x WNBA Defensive Player of the Year. Oh, and she’s got four Olympic Gold Medals to go along with all that. Team Wilson will be led by a familiar face: Wilson’s current coach of the Las Vegas Aces, Becky Hammon.

Bringing more excitement to the game and WNBA fans are the ASG debuts of the league’s young stars: Sabrina Ionescu, Kelsey Plum and Jackie Young, all of whom are making their first appearance and are designated starters, to name a few. But don’t forget about veterans like Candace Parker, the first pick in the draft, and Skylar Diggins-Smith, selected 11th. Las Vegas and Chicago tied with the most team selections with four apiece. Fun fact: Notre Dame leads the way with four all-star alums, and they’re all on Team Stewart.

As FMS HQ is located on Michigan Avenue in downtown Chicago, we may be slightly biased, but we believe our city is up there with any other in terms of basketball prowess. The Sky brought the Windy City its first WNBA title in 2021. Coach Wade and the rest of the Sky staff earned the opportunity to lead one of the ASG teams, while Wintrust Arena (home to the Sky and the Big East’s DePaul Blue Demons) was tapped to host the marquee event. Based on the sellouts during last season’s WNBA Finals and the raucous atmosphere created by fans, this was an excellent choice by the league.

Now historically speaking, all-star games don’t exactly always deliver us the best XsOs. That being said, Wade and Hammon will likely keep things simple and let their stars do what they do best. This makes it a potentially good game for grabbing some quick hitters and isolation sets.

Get yourself ready for an electric weekend of WNBA action!

When you have a player with the offensive skills of Stewart, don’t overcomplicate how to get her the rock. Coach Wade will certainly understand this concept and look to put her in simple scoring situations.

This multiple-option set works so well for the Aces who have scorers in every position on the floor. If your team is versatile 1-5, this design could be for you.

One of the Lynx’s favorite ways to get Fowles involved early in a possession. Minnesota simply runs some early action to clear out the lane for the vet to go to work.

A great way to bring a PG off a staggered screen for a shot or lane attack.

Forgive us as we’ve posted this several times before. But when a SLOB is this good, we can’t not repost it. Add it to your FastDraw library already and maybe we’ll stop sharing it. Will Coach Hammon have this set locked and loaded, ready for Ionescu to launch?

A truly well-designed set to get the sharpshooter open from an inbounds situation. Try it out with your shooter next season!

Great set for a creator of Young’s ability. Running a shooter like Plum off the double stagger ahead of the double drag is a bonus for drawing the defense away.

This set play from a SLOB develops a lot quicker than it may appear from looking at the diagram. Check out the video clip below to see it executed to perfection with the rookie Howard nailing a jumper.

The Chicagoland native is not slowing down in her 14th WNBA season and seventh ASG selection after delivering the Sky a title in 2021. It almost doesn’t matter what play you run as long as you get the ball in her hands.

This set is perfect to create a mismatch for the 7-time WNBA All-Star on the block.

This is only the second time the W’s top scorer in history has missed the all-star game while being eligible to play. This set is the definition of keeping it simple. Arguably the GOAT women’s player, DT doesn’t need much to get herself a bucket.

Beyond delivering us exciting hoops each and every summer, the WNBA has long been involved in supporting charities and organizations its passionate about. The Commissioner’s Cup is an in-season tournament launched in 2020, but it involves extra special incentives beyond just a trophy: the winning team takes home $500,000 in prize money while, more importantly, at least $156,000 is donated to that team’s local charity of choice.

The Sky, for example, compete for My Block. My Hood. My City., a Chicago nonprofit whose mission is to inspire youth, empower communities, and build a better world, one block at a time. It believes that everyone needs to take responsibility for their communities and that it is only through efforts of service, empathy, and collaboration that we will see all communities genuinely evolve. You can donate to MBMHMC here.

The Storm (playing for ACLU of Washington) beat the Connecticut Sun (playing for League of Women Voters of Connecticut) in the first every Commissioner’s Cup Final in 2021. Learn more about tournament and the organizations each WNBA team is playing for.

For more WNBA plays, drills and XsOs, check out the PlayBank.