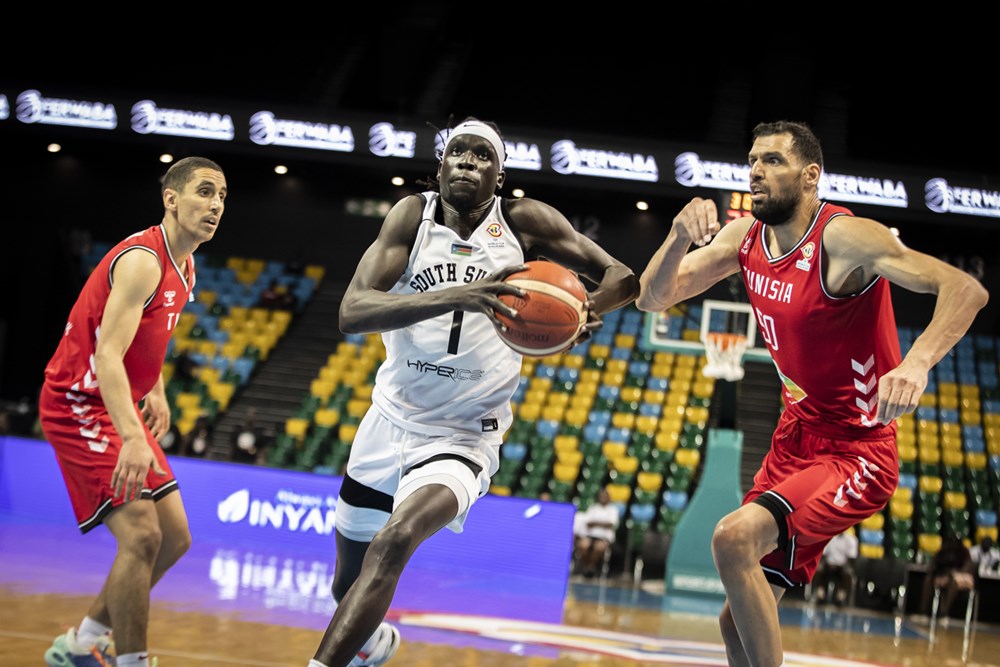 The South Sudan men’s national team was established in 2011 and became an official member of FIBA in 2013, competing in the federation’s Africa zone. Known as the Bright Stars, the team is currently shining brighter than ever.

The team recently implemented FastScout Pro during FIBA Afrobasket 2021, where it finished seventh, as well as the 2022 African World Cup Qualifiers, where it currently boasts an undefeated 6-0 record to lead its group. The latter was a dream debut in the competition for the South Sudanese, especially having beaten reigning African champs Tunisia twice. Five African teams will ultimately earn a spot at the FIBA World Cup 2023 beginning on August 5th hosted by Japan, Indonesia and the Philippines.

The Bright Stars are coached by former NBA player and current Brooklyn Nets assistant Royal Ivey who emphasizes solid fundamentals and teamwork on defense. South Sudan has averaged 71.5 points per game during qualifying with a balanced offensive attack. Five players average double figures in points, led by Nuni Omot at 15.7 ppg. Deng Acuoth leads the team in rebounding with 8.0 per game, while leading assist man Sunday Dech is second in the qualifiers with 6.3 per game.

Ahead of the qualifying window, South Sudan was ranked the 11th best team in Africa. It’s currently FIBA world ranking is 76, up six places from its 82nd ranking pre-World Cup Qualifiers to earn the biggest move of any team between the latest rankings. Check out this African Qualifiers Power Rankings of where each team stands after the first round. The next qualifying window runs from August 26-28.

With the South Sudan Basketball Federation (SSBF) being relatively new, it doesn’t have the same resources as other federations. This means using a tool like FastScout Pro makes a much larger impact that it might with other programs. Any edge, no matter how small, can make a huge difference. The software also allows South Sudan’s small staff to stay hyper efficient, getting more work done in less time with automated workflows and file sharing.

Not only has FastScout Pro helped South Sudan MNT in winning more games, it more importantly helped establish a structure from the top all the way down through the entire federation, benefitting players coaches and support staff alike. We connected with the team’s assistant coach and lead scout, Fortune Solomon (also an assistant coach for the G-League’s South Bay Lakers), to talk about the impact FastScout Pro has had on the players and coaching staff’s preparation process.

Top teams around the world use FastModel Sports platforms to stay organized and complete game prep, making sure no detail goes unnoticed. You can too.

FastScout isn’t just for written scouting reports. We’ve integrated video capabilities, play diagrams, mobile sharing, shot charts and more. Your program will have all the info it needs before it even hits the court on game day.

FastModel Sports: What is your favorite feature In FastScout Pro?

Fortune Solomon: My favorite feature of the FastScout Pro are the instant stats that come with every player and the ability to show the full, last ten, and last five statistics from their games played. This feature allows our staff to see who has been struggling in areas of strength or playing well in areas of weakness, so we could better understand the opposition before coming into the game.

Solomon: The South Sudan team utilized FastScout Pro by being able to use updated statistics, photos, and jersey numbers (which can often change in national team play). With these updated features in play, it allowed me to fill in our opponent scout notes on each player which saved me a lot of time due to the fact that the games were back to back to back. We then sent the players a PDF copy to our player/coach group chat so they were able to access it anywhere.

Solomon: FastScout Pro was instrumental in putting our team in position to win games this year. Giving the players a clean cut, one to two-page scouting report on our opponents that they were able to access anytime via PDF allows them to study and be well prepared for all situations: how we want to guard certain players, what we need to take away from the other team, and overall makeup of the team (style of play).

FMS: Share your overall experience and any closing thoughts about FastScout Pro.

Solomon: My overall experience was excellent. The interface gives you all the subject material needed, it is easy to access, edit and share with others. FastScout Pro saved me a lot of time, which in this business is a necessity.

See How FastScout Pro Can Propel Your Team to Success

Introduced in the summer of 2021, FastScout Pro brings all the automated and advanced analytics trusted by champions in the NBA, WNBA, G-League and 700+ NCAA basketball programs and the professional international market. Automated player information and images combined with personalized analytics (including shot charts, lineup stats and clutch stats) help coaching staffs save time, money, and be more efficient in their opponent and self scouting workflows. Plus, with a world-class mobile experience on FastScout (for Android & iOS), it’s easy to share scouts securely with select players and staff.

If you think FastScout Pro can help your team, contact sales@fastmodelsports.com for more information. Welcome to the future of game prep and scouting!

An intro to the Basketball Africa League