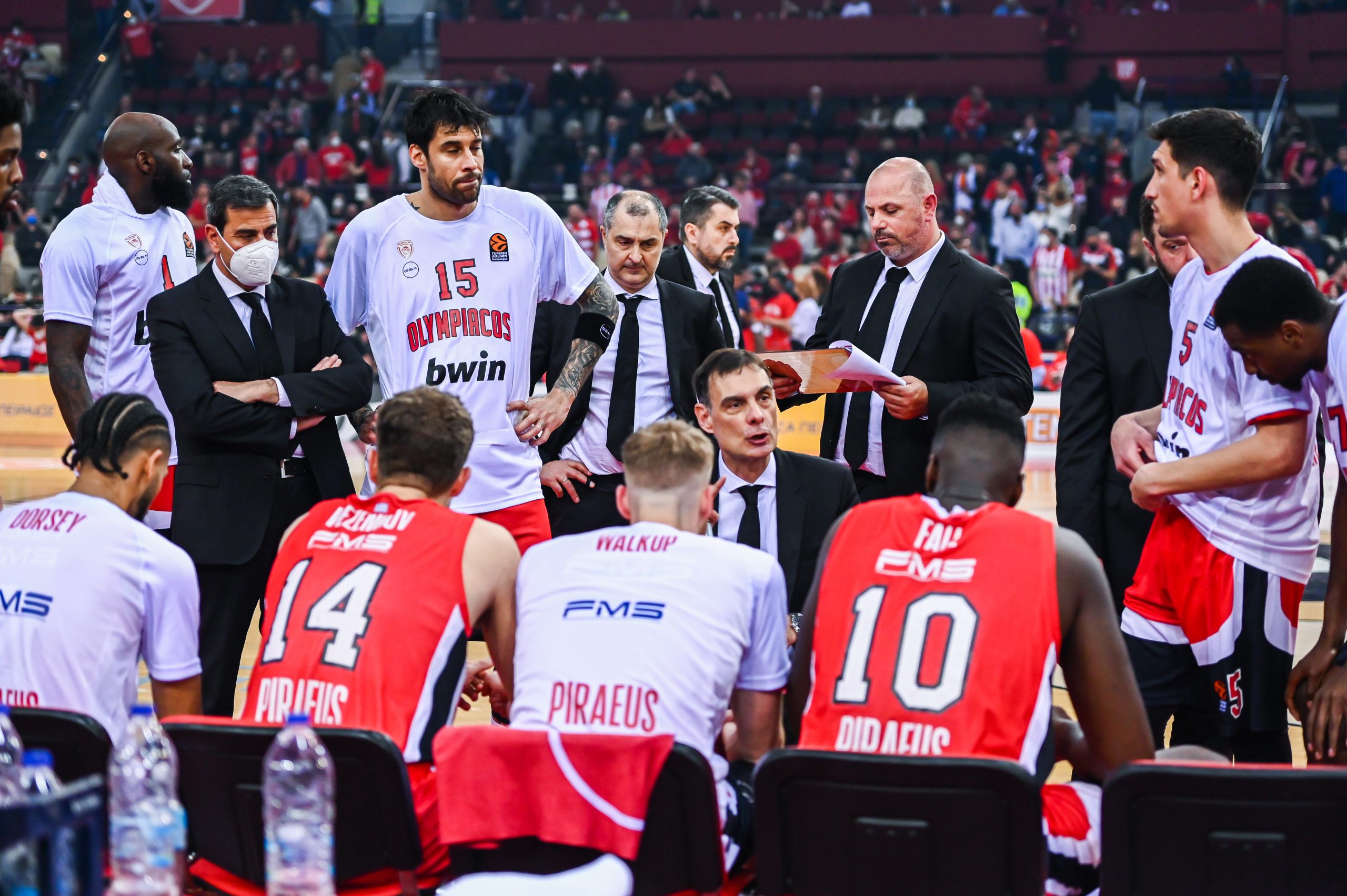 One of the most successful coaches in EuroLeague history, Georgios Bartzokas knows a thing or two about running a winning basketball club. He took over as head coach of Olympiacos Piraeus in 2020 for the second time in his career having previously led the club from 2012-14. It’s safe to say his tenure has gotten off to a fantastic start this go around.

Coach Bartzokas earned the EuroLeague Coach of the Year award in 2021-22 after leading Olympiacos to the Final Four in Belgrade, Serbia. In addition to that, the club from Piraeus won the Greek Cup in their Domestic League, Greek Basket, beating its Athens-based rival, Panathinaikos in the final, 81-73.

Similar to another FastScout Pro client, Melbourne United, the Olympiacos staff saw an opportunity to enhance its scouting workflow and save valuable time during its busy days. Not only did FastScout Pro provide it with accurate and automated data, it also made the information easier to communicate to both other staff members and players via presenter mode and mobile sharing.

The club tips off its 2022-23 EuroLeague season on October 7th with a trip to FC Barcelona Bàsquet. In the midst of preparation, we caught up with Coach Bartzokas to hear more about how the Olympiacos staff and club have benefitted from our innovative coaching platform and its plans for the season ahead. Read the conversation below.

Top teams around the world trust FastModel Sports platforms to stay organized and complete game prep, making sure no detail goes unnoticed. You can too.

FastScout isn’t just for written scouting reports. We’ve integrated video capabilities, play diagrams, mobile sharing, customized tools, and more. Your program will have all the info it needs before it even hits the court on game day.

FastModel Sports: How did you and your staff use FastScout Pro this past season?

Georgios Bartzokas: My coaching staff worked a lot with FastScout Pro, handing me over the opponent scouting report in each game of EuroLeague and the Greek League. The report was extremely thorough and presentable.

FMS: How did FastScout Pro contribute to all your on-court success this past season?

GB: It helped because the assistant coaches had less work to do regarding stats gathering. Meaning they could focus more on details that us as a coaching staff are paying a lot of attention to. It was an easy way to access information throughout the coaching staff, but also to hand out the reports to the players via mobile devices such as phones and tablets.

FMS: What’s been your favorite feature in working with FastModel Sports?

GB: The direct communication with your support team and the speed in resolving any problems or answering any question we had.

FMS: How did you use FastDraw within your staff last season?

GB: We used FastDraw in every scouting report.

FMS: If there was one thing you could tell another pro coach from a different league about FastScout Pro, what would you share with them?

GB: That FastScout Pro is a great customized tool that can tailor your reports as you want, saving time for your coaching staff to focus on other important areas.

FMS: How are you planning to use FastScout Pro and FastDraw this coming season? What are you adding to your arsenal?

GB: For us, less is more so we are thinking about how to reduce the information handed to the players and optimize the way we analyze the opponent by focusing on the things we think are important.

For more plays, concepts and XsOs from Coach Bartzokas, check out this page on the FMS PlayBank.