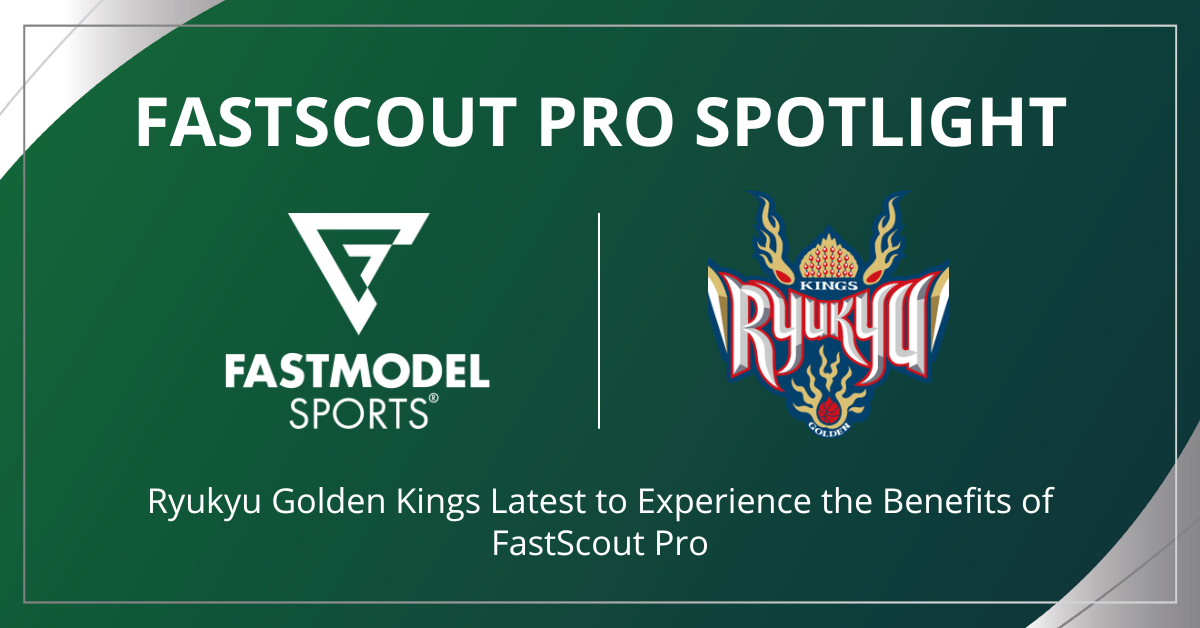 The cutting-edge scouting software is taking the coaching world by storm as international clubs like the Ryukyu Golden Kings are implementing it with resounding success.

Since 2010, FastModel Sports has woven its way into the fabric of basketball in America. From youth levels to college programs and professional teams, our intuitive software has helped thousands of coaches prepare their players better to win more games. We use #ChampionsUseFastModel for a reason; because it’s been proven true, time and time again.

Those following us closely are also aware of the progress that has been made over the last several years beyond the U.S. borders. We’ve shared client success stories spanning continents detailing the coaching processes from top clubs in Australia, Greece and South Sudan.

Fresh off the heels of a recent FIBA article touting the explosion of FastScout Pro across international basketball, our company received a glowing review directly from the coaching staff of one of the top teams in Asia.

Our list of international clients includes teams in 22 different professional leagues. A particular league that has embraced FastScout Pro is the Japanese B League, the top tier of professional basketball in Japan. One such team is the Ryukyu Golden Kings, a club based in Okinawa City and which currently occupies the top spot in the league standings with a 16-3 record.

The Golden Kings’ official Twitter account recently posted a photo of its coaching staff utilizing FastScout Pro. The tweet received a massive amount of interaction from the basketball and coaching communities, as well as supporters who acknowledged the club’s commitment from the team to adopt new technologies.

Translation: FastModel Sport’s FastScout Pro, which is also used by NBA, NCAA, Australia and many overseas teams, has been introduced by the Kings coaches and is used not only for scouting other teams but also for the growth of their own team! In this weekend’s match against Ibaraki, we will fight together as a team, including the players, coaches, and staff!

Top teams around the world trust FastModel Sports platforms to stay organized and complete game prep, making sure no detail goes unnoticed. You can too.

FastScout isn’t just for text-based scouting reports. We’ve integrated video capabilities, play diagrams, shot charts, mobile sharing, customized tools, and more. Your team will have all the info it needs before it even hits the court on game day.

Contact sales@fastmodelsports.com for more info about FastScout Pro for your federation or professional team. #ChampionsUseFastModel

From day one of building the first version of FastScout in 2014, one of the most important aspects has been customization. Our goal is to enable coaches with the tools to create a scouting report that fits their coaching style and their players. We did that and then some those first few years, and word spread fast as coaches all over the U.S. adopted the program as part of their regular workflow.

After the success domestically within the U.S. market with our automated data serving teams across pro and college basketball, we set out to assist the global game. This included enhancing FastScout Pro to allow for international data feeds and the unique components of international pro hoops (for example, domestic league and international league play in the same season for the same team).

The biggest difference between our packages available for high school or college/pro coaches is access to automated data. High school coaches can purchase and use FastScout for their programs (and/or package with FastDraw), albeit without automated data as there is no single source for available and accurate data at that level.

Moving up the basketball pyramid, we offer FastScout packages for all levels of college (NAIA/USports, NCAA D1, D2, D3) and Pro (G-League, NBA, WNBA, etc). It’s safe to say we have coaches covered at every level of the game.

In 2020, FastModel Sports became an officially endorsed partner by the FIBA Equipment and Venue and Centre under the software category for Coaching and Player Scouting. The organization is committed to introducing technology that will enable coaches and team managers to maximize teams’ performance. The endorsement status is provided exclusively to one partner in a particular section of a new category.

FastModel Sports CEO Jim Corelis understands the unique power and privilege the company has in providing coaches all over the world a better way of working. “As a FIBA Endorsed Partner, FastModel believes in bringing innovation to every coach and player in the world,” Corelis said. “We empower teams at all levels to climb the basketball ranks by providing accessible technology, automated game data and talent evaluation tools from one centralized location.”

The future of scouting is called FastScout Pro. The Ryukyu Golden Kings are just the most recent success story, and there will be plenty more to come. Just as the game of basketball will continue to evolve, we’ll never stop innovating and finding ways for coaches to get the most out of their teams.